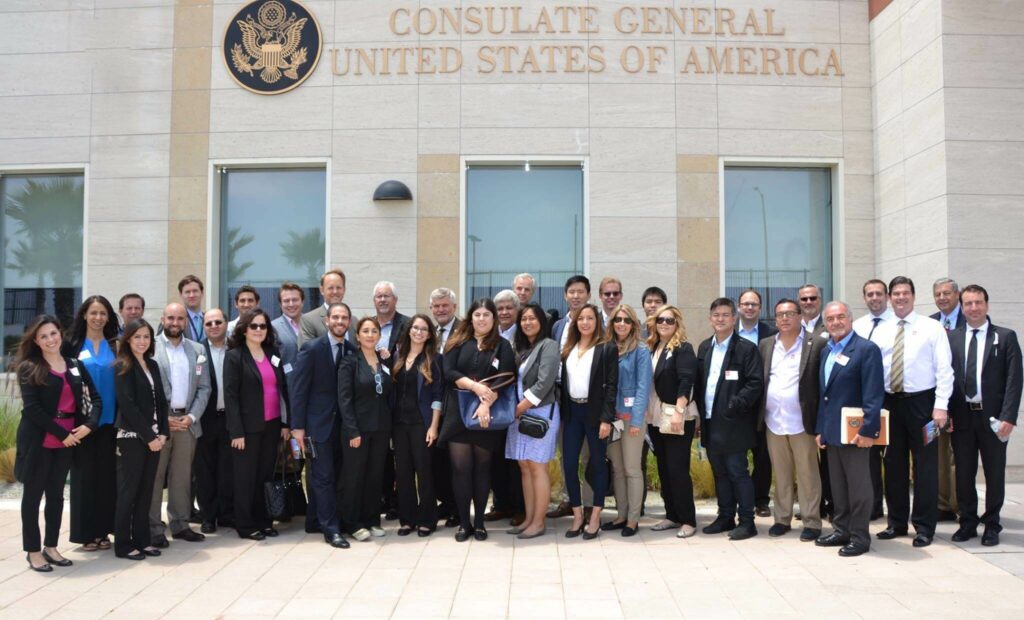 The US-Mexico Chamber of Commerce, California Chapter, organized a tour of Tijuana to learn more about business opportunities within Mexico´s largest manufacturing base.

The group was composed of 25 members of the US-Mexico Chamber, including business owners, consultants, representatives from business assistance organizations. A total of eight manufacturing firms were represented. CMTC and Pasero Abogados co-hosted the tour, with the support of the San Diego CITD and the Tijuana EDC, who was in charge of organizing a tour of two North American companies in the medical and aerospace sectors that are succesfully operating in the city.

The agenda included a visit to the U.S. Consulate in Tijuana, where the group met with U.S. Consul General William Ostick and economic officials who talked about trade dynamics between Southern California and Baja California, and business opportunities for U.S. companies in Baja’s manufacturing sector.

After visiting the consulate, the group headed to Delphi Connection Systems, a leading manufacturer of electrical components for the automotive and aerospace industries, operating in the city for almost 40 years. The group also visited Haemonetics, a medical device manufacturer, where they were given a presentation by the plant manager and a facility tour.

During the lunch, the Tijuana EDC and the city of Tijuana’s Office of Economic Development made a presentation on opportunities for investment and business expansion in the region. During its presentation, Tijuana´s EDC representative Alejandra Portugal mentioned that Tijuana has more export manufacturing facilities than any other city in Mexico, according to national data. The city´s 50+ years of experience in manufacturing has developed an ecosystem that integrates world-class OEM’s, contract manufacturers, and suppliers able to provide high-quality, flexible and cost-effective production services to meet international market requirements.

The Tijuana EDC has built an international business network of more than 45 international trade organizations, chambers, and embassies with an interest in collaborating to facilitate reliable business services to attract manufacturing firms to Mexico.